I went with cheapo robopeak hobby lidar, which seems to work well, here is a git repo for the library (node and beaglebone) (I also considered a lightweight hokuyo lidar) and for laser range finder I'll go with something like SF02 from paralax

Ideally, both sensors should have an unobstructed front view on pitch dimension, with aditional unobstructed jaw dimension for LIDAR. Both sensors need to be able to independantly rotate on pitch axis for compensation of the angle of the drone when flying, and for scanning up and down (going in through windows, looking down when landing, etc) maybe rangefinder should also rotate on jaw axis on some fast servos for looking around independant of the drone orientation. not sure yet.

IR and ultrasound were also options, they are cheap but tricky and unreliable, (ultrasound behaves extra badly due to propeller noise on drones) These things can be compensated for, but laser rangefinding will always afaik give more accuracy and reliability at a price.

people often ask me why I own a drone, what is it for, and then half of the time they say that I could use it to record weddings and get some cash flowin'

If mention of recording weddings doesn't kill all my will for conversation, I'll say drones are so simple to make these days that I find it hard to justify not owning one. also, at the time there is no regulation and no one ever counts on you owning a flying robot, so its a sweet spot to own one. a drone is a flying sidekick, it can, in theory, do whatever a flying sidekick can do. it can enter through windows and steal jewlery with its tiny robot hands. Sounds ridicilous but technically it is not hard to do. In the following years we'll have to rethink space and what can be done, and before that happens, I get to be a kind of a superhero. 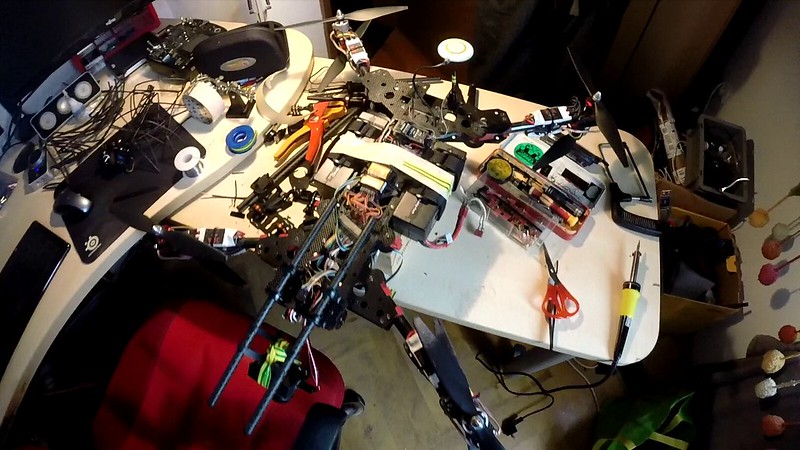 today, drones are very primitive. I'll fix some parts that I care about. and if I make anything useful, Im guessing drone related kickstarter projects would be welcome.

few concrete things to work on, sorted by priority

this is a lot of work, but none of it is far fetched and all of this will be done soon, if not by me, then by someone else 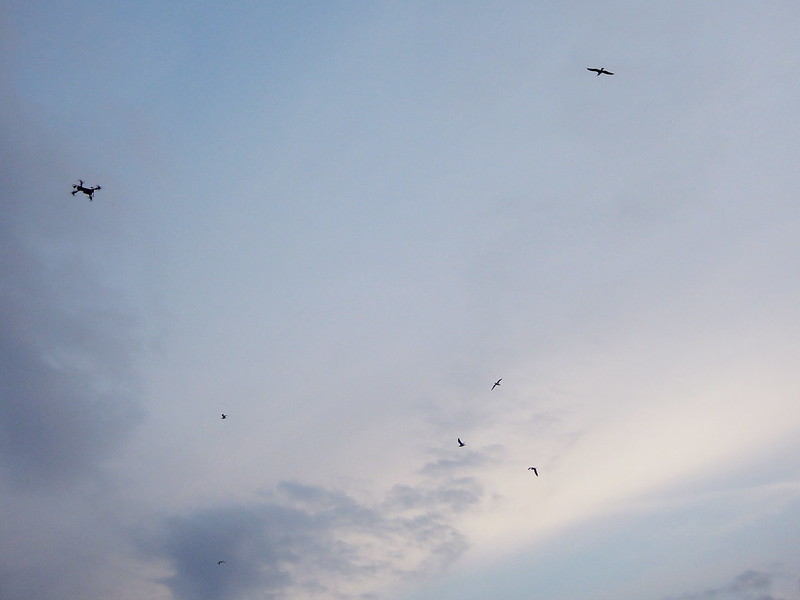 First prototype in python, work in progress, I should think of more interesting project names.

an algoritmic music generator that interprets cellular automata as notes, its an alsa MIDI device.

Cellular automata rules are described by a simple RAM machine language and are evolved. There are some interesting things about the language itself, I'll post the details later.

Fitness function is a human clicking on "the nice ones".

I use it for all kinds of things, like

and I've built a few libs on top of this